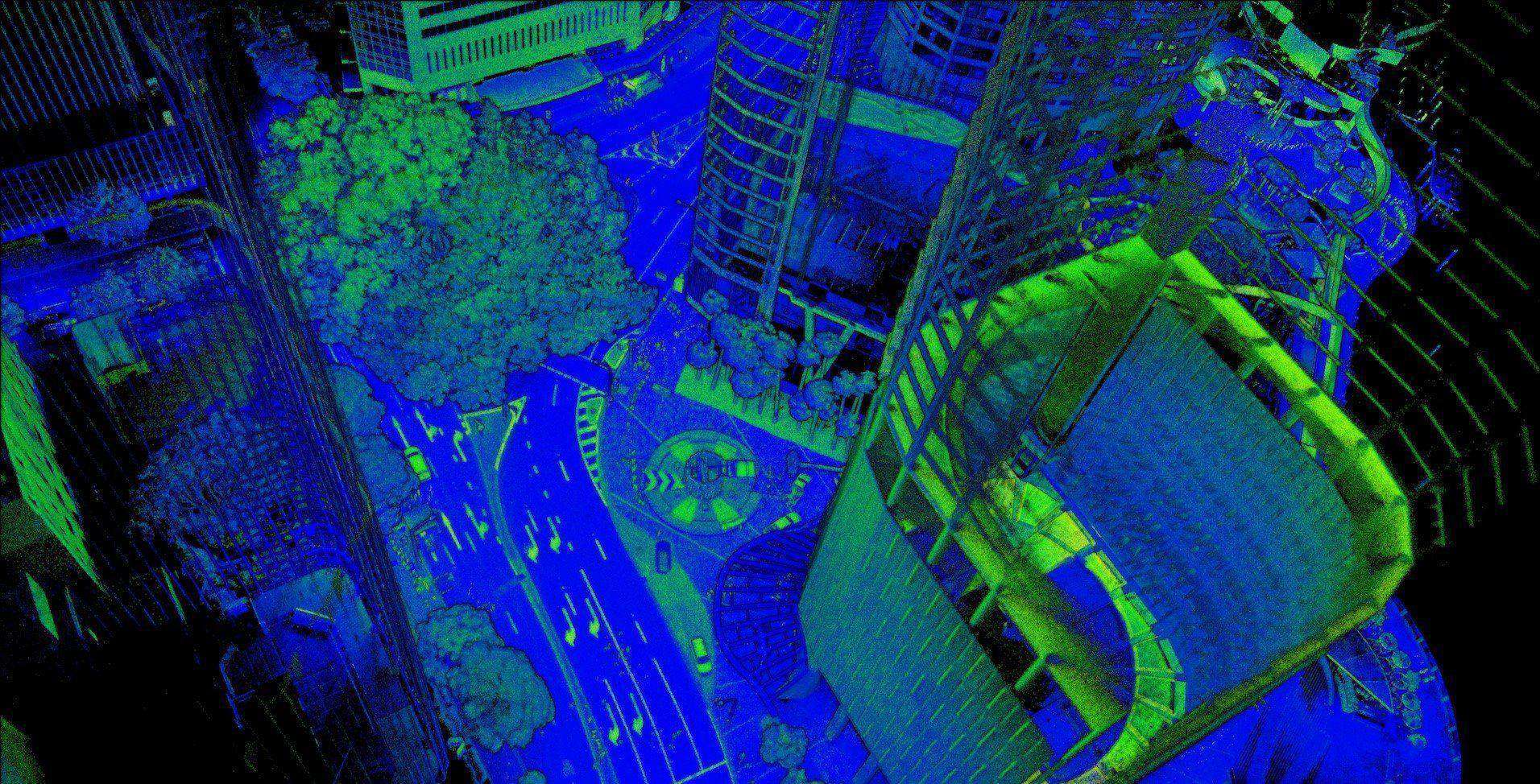 Creating the visual effects (VFX) for a blockbuster, monster destroying the world film can take a significant amount of time. Even after advances like LiDAR made capturing the real-life scene easier, it is still time-consuming for those tasked with scanning; they have to run on set between takes or while the cast is on lunch. Or worse yet, have the set shut down and everyone wait for them to set up their scanners and capture the data.

That’s what sent XM2 Pursuit in search of a way to capture detailed point cloud data faster that would not impact shooting schedules.

“On set, any downtime costs money; and traditionally, LiDAR capture had to be undertaken outside of work hours as the set needed to be empty for a clean scan. If the set was not available outside of work hours, then there would be no way to capture the scene,” says Daniel Thomas, drone pilot, research and development at XM2.

“Now, we use Hovermap to cover areas in a fraction of the time a terrestrial LiDAR takes. We can operate between takes, capturing areas that would normally take an hour in five minutes.”

XM2 is well known for providing aerial cinematography services to the international film and television industry. They design and build a range of unmanned vehicle technologies (UVTs), both aerial and terrestrial, to carry cameras and capture footage from any height.

So it’s not surprising they were asked to come onboard the monsters versus all of human-kind movie sequel, Pacific Rim Uprising. The film depicts a conflict that spans the globe, between the Kaiju, otherworldly monsters hundreds of feet tall, and the human-built and piloted robots created to defend Earth, Jaegers. It shows well-known locations from all over the world, usually being destroyed.

XM2 provided a VFX unit for filming on location, an important job as the film relies heavily on VFX to bring it to life, including the old film making trick of making one location appear on film to be a different place.

Like turning a Brisbane street into downtown Tokyo. A challenge that XM2 was up to with the help of a Hovermap prototype.

XM2 were able to scan the street in Brisbane, the well known Eagle Street, with Hovermap. The resulting point cloud data was delivered to the post production team as colorized and uncolored .ply and .las files. Minimal work had been done to the files to correct for noise and clip data size.

The post production VFX team then used these files as a framework to lay the adapted building facades over, changing the street from Brisbane to downtown Tokyo.

XM2 has been using the technology ever since, with more than 40 projects that contain LiDAR scans, including Fast and Furious F9, Star Wars: Episode IX: The Rise of Skywalker, The Mandalorian, and Thor: Ragnarok.

We have been using Hovermap in the VFX industry for multiple years now to supplement our terrestrial LiDAR offerings in this fast moving environment where our access to scan any location is severely time limited. We can cover areas that traditionally had no effective LiDAR capture method, including above buildings and around complex set pieces, in a fraction of the time a terrestrial LiDAR takes.Daniel ThomasDrone pilot, research and development at XM2.

To find out more about how XM2 is using Hovermap, check out this case study.